Brighton and Hove Albion midfielder BeramKayal has highlighted the importance of taking things a game at a time ahead of run of three matches in the space of seven days for the Seagulls. 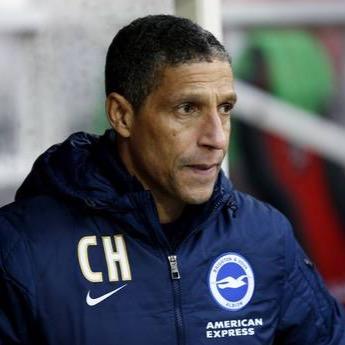 Chris Hughton’s men travel to Huddersfield Town on Saturday afternoon after which they will be hosting Crystal Palace in a crunch clash at the Amex stadium three days later and then making another trip up north to tackle Burnley at Turf Moor the weekend after.

Kayal said, “It’s a huge sequence of matches, we have three games in a week and things can always change quickly in these periods. We have a tough game away on Saturday against Huddersfield Town, every opponent is difficult, but every game is winnable”.

He also feels the team should the games one at a time, with the match in the weekend first and then the next game after that, putting in maximum effort in each of the matches to ensure they get something from all of them.

Brighton held Leicester City to a 1-1 stalemate at the Amex Stadium in front of their own fans on Saturday afternoon, taking the lead early on through an incisive Glenn Murray finish.

The Foxes then saw midfielder James Maddison sent off for persistent fouling just before the break but Jamie Vardy’s late penalty kick ensure the spoils were shared.

Kayal expressed his frustration on the conclusion of the contest which saw the referee award a controversial penalty to the visitors.

“It feels like two points dropped, it was a great first half from us but not so good after the break. I’ve been a professional player for 12 years and what the manager can do is give you everything to help you but it’s the players in control on the pitch”.

Albion fans have sold out every league home game so far and the fans are challenged to keep this record going.